MILLENNIUM EAGLE JAZZ BAND (from the Midlands) were back to entertainment everyone here at FARNBOROUGH JAZZ CLUB on FRIDAY 24th JULY 2015.  Band leader, MATT PALMER (reed player and vocalist) had his regular band members, PETER BROWN (trumpet/cornet/valve trombone/vocals), TERRY WILLIAMS (trombone/vocals), BRIAN LAWRENCE (double bass/sousaphone), DAVID MOORWOOD (guitar/banjo) and JULYAN ‘BABY JOOLS’ ALDRIDGE (drums).  They certainly ‘brought the house down’ last time they were here, so I told you, you would surely have another exciting evening.  Well, I surely was disappointed – only because I wasn’t there!! Yes, another week I missed, so no info about the evening, save to say Keith let me know it was great.  But as last week, I can at least publish the photos Mike kindly took for us.  So again – enjoy. 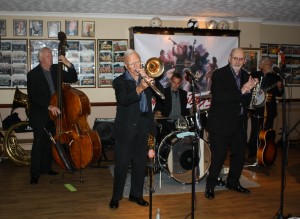 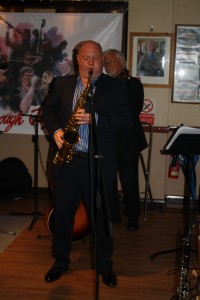 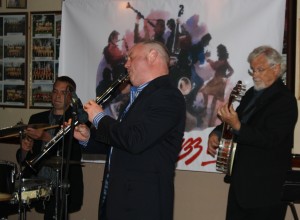 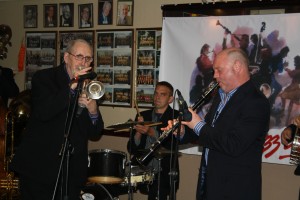 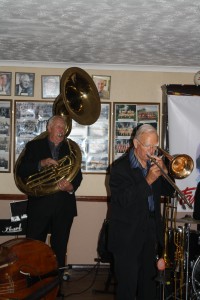 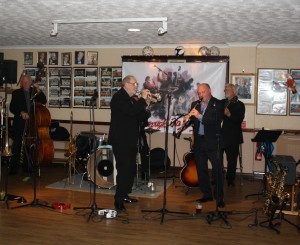 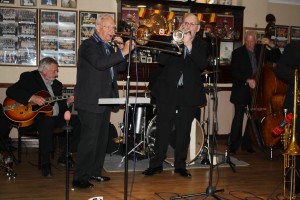 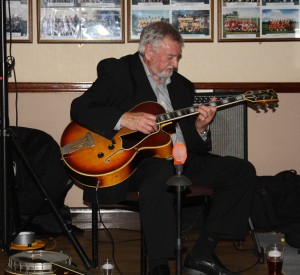 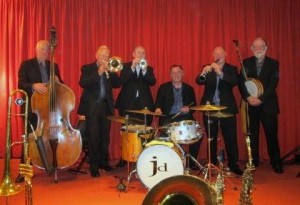