The Storyville Jassband, founded in 1959 is one of the oldest active performing bands from The Netherlands playing all over the world. The band focuses on the new music, called Jazz, that came up during The Roaring Twenties in the US. When New Orleans Jazz came over to Europe the English jazzbands of the fifties added a special flavour to the music, known as British.Trad.Jazz. The Storyville has a distinct affiliation with this sound and will continue playing their music with great enthusiasm and a touch of humour 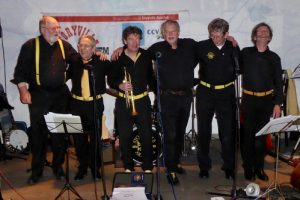