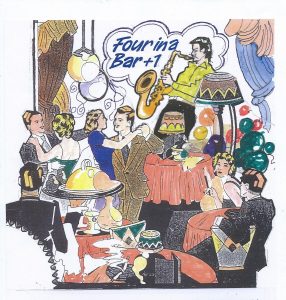 IS NOW CANCELLED DUE TO ‘C’ VIRUS

HOPEFULLY FOR JUST 3or4 MONTHS

When we return enjoy a roast lunch with this lovely music

Lunches are usually from 12noon (last order would be at 4:00pm)

‘4-IN-A-BAR+1’ began playing Smooth Dinner Jazz monthly on Sunday afternoons, back in 2016 at this lovely 17th century pub, YE OLDE WHYTE LYON.   We were so successful, publican Tim booked us every last Sunday each month thereafter.

(maybe the voice will improve by our return hmm)

YE OLDE WHYTE LYON is situated in Locks Bottom,  Farnborough Common, Orpington, Kent, BR6 8NE (is on the A21).  This delightful Shepherd Neame pub (dated 1626) is next door to Sainsbury’s and The Princess Royal University Hospital.   The pub’s parking is limited, but Sainsbury’s car park is just behind the pub.  There is now a charge of £2 up till 4pm on Sundays but refundable in Sainsbury’s for goods (although Sainsbury’s close at 4pm!).  Then parking is free till 7:00am Monday morning.  Park up, walk to front of Sainsbury’s and over to the far right corner, take slipway on your right, which leads to the pub (just on the right). 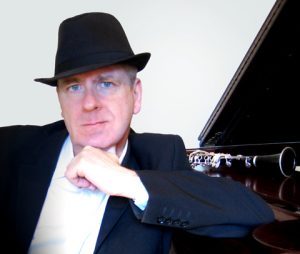 A self-taught pianist from a very young age, Tim was inspired by Jazz that he first heard on 78rpm records.

Taking clarinet lessons from the age of 9 he was playing in local Jazz bands by his late teens. He learned much of the Traditional Jazz repertoire as a member of ‘Dennis Field’s Hot-Jazz’, and received further encouragement from Digby Fairweather who included him in his ‘All-Stars’ on an Essex-Radio sponsored Jazz-Cruise to Sweden in 1981.

Later, as a keyboardist in ‘function’ dance bands in hotels and night-clubs, Tim was often required to play for guest entertainers – including Larry Grayson, Little & Large, Michael Barrymore and Soul singer, George McCrae.

A chance meeting in 1989 led to regular work with entertainer Brian Conley. Tim became his musical director for theatre tours, and summer season shows in Weymouth (1992), Scarborough (1993) and Blackpool (1994). There were TV appearances, shows at the London Palladium and a performance at the Royal Albert Hall when Brian was special guest of the legendary Bob Hope. Tim was offered the position of Deputy M.D. for ‘Jolson – The Musical’ at London’s Victoria Palace, and after turning down an offer to join the Canadian production in Toronto, he toured with comedian Joe Pasquale. From 1998 to 2000, Tim toured Europe as M.D. for the Rocky Horror Show.