Presenting that great star ‘LAURIE CHESCOE and his REUNION BAND’ here again at the FARNBOROUGH JAZZ CLUB, Kent on Friday, 26th August 2016.  Drummer and leader, Laurie, will be joined by ALLAN ‘Lord Arsenal’ BRADLEY on trumpet & vocals, JOHN LEE on reeds, MIKE POINTON on trombone, COLIN BRAY on piano, sax & xylophone, JIM DOUGLAS on banjo & guitar and PETER SKIVINGTON on bass guitar & bass ukulele.  A fantastic line-up – as always. Be sure not to miss them, because wherever they are, you always have fun.

Jazz at it best with

P.S.  My computer (as many of you know) has been playing up!  One thing it has been  doing is popping irritating messages (to the side).  One continuously tells me (since I took on Windows 10), my scanner is no longer activated (it’s just popped up again this second!!!). Anyway, I looked into the control panel and fiddled and suddenly I found ‘it’ asking me to scan.  I quickly looked for something and came up with the following and as you can see, the SCANNER WORKED (even though the it’s popped up AGAIN just a second ago – hysterical isn’t it.  However, I thought you would enjoy the following: 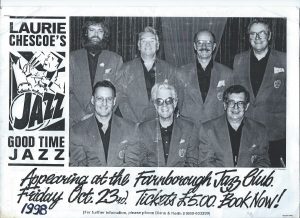 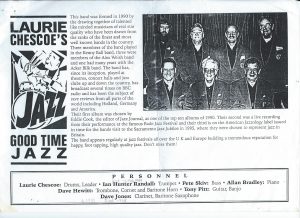 N.B.  If you click on page, it will enlarge so you can read it.