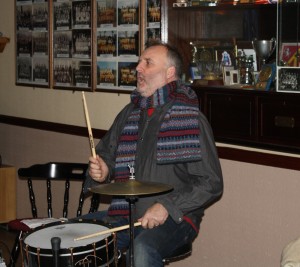 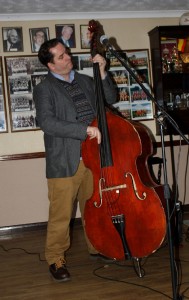 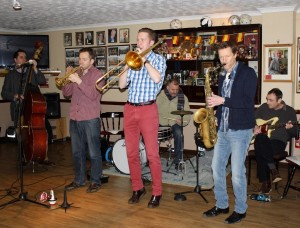 I just love this band and knew they would entertain you all big time. I did say it’ll be a ‘live music wow’ and I wasn’t wrong. They play a super variety of music and make it very difficult for me to choose to tell you what they played!

Although not their first tune, Julian was brilliant singing and playing harmonica to ‘I Hear My Train A Comin’, with great solos from everyone, especially John on guitar. The audience just loved it. 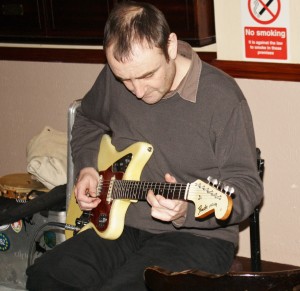 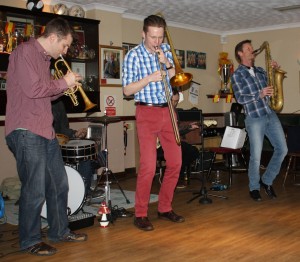 Next came Ben singing ‘Walk Right In’ and rest of front line joined in singing. I must also mention ‘St Louis Blues’, they were all fabulous and certainly there was plenty of dancing. Young George took a turn with singing and chose ‘I’ll Be Glad When You’re Dead You Rascal You’. Well done George, you were great. Then Julian continued with his feature tune, which was ‘Hoots Mon’ and what a hoot. What can one say about Julian, he is just so special and plays sax a dream and have just one word for him – exceptional.

Now to follow that with Allen’s special – his own composition, ‘Allen’s Blues’. I had put an asterisk by the side of my notes for this one, which means ‘a must’ to mention, being ‘wow’ (well I did mention that word at the beginning). His trumpet was fabulous and he sang too. 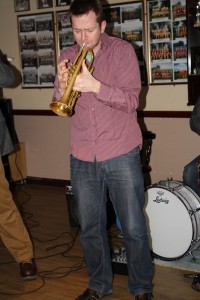 By the way, Allen had travelled from New York TODAY, what a trooper aye?  ‘Hindustan’ was next and again I have to put that word ‘fabulous’. Sorry to be repetitive, but it was! I just love the next one ‘Dancing Cheek to Cheek’ and then ‘I Scream, You Scream, We All Scream For Ice Cream’ was the number we chose to do our ‘line-dance’, think there was seven or eight of us.

Ben was off to New Orleans in a few days, so chose to play his own composition ‘I’ll Watch the Moon’ (the moon being the same wherever you are on our planet). Our thanks to all in the band for a great bit of entertainment (they will return Easter’s Good Friday, 3rd April 2015 – think of all those luscious Easter Eggs in the raffle – hmmm, I’ll have to buy a ticket -ha).

Cheers from Diane and Keith

‘I Scream, You Scream, We All Scream For Ice Cream’ – Howard Johnson, Billy Moll & Robert A. K. King