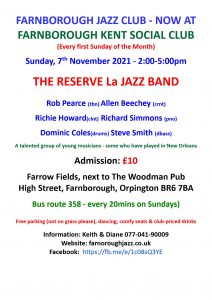 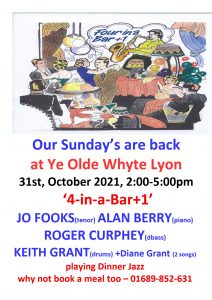 Reserve is a small, predominantly black suburb of New Orleans in St. John the Baptist parish, on the East bank of the Mississippi River.  It lies 35 miles upstream from New Orleans French Quarter and 5 miles from the Woodland Plantation in La Place (where Edward ‘Kid’ Ory was born on Christmas Day 1886).  Ory was baptized at St Peter Church, Reserve.

In the late 1800’s, pre-teens, Ory formed his first band and honed his skills playing for dances in Reserve, ditching his home made cigar-box banjo for a trombone.

Kid Ory’s importance in the early days of Traditional Jazz is impossible to overstate.  He “discovered” the 13 year old Louis Armstrong playing for the Colored Waifs Home band.  Early band members included Sidney Bechet, ‘Papa’ Mutt Carey, Joe ‘King’ Oliver, Johnny Dodds and Jimmie Noone, all of whom went on to be stars in their own right and form their own legendary bands. Ory himself was asked by Buddy ‘King’ Bolden to join Bolden’s band when he was only 9, but his older sister wouldn’t let him as he was too young.

Reserve is where a lot of this this happened in the very early days, until Ory relocated himself and his “Sunshine Orchestra” to New Orleans on his 21st birthday in 1907 (– the words Jass, Jazz, and Jazz Band had not yet been invented!), and was one of the most popular and busiest bands in New Orleans in the earliest years, taking over the top spot from Buddy Bolden who had just been admitted to an asylum from which he would never emerge.

John Louis Ory (1847-1920), a wealthy white relative of Kid, and co-owner of the Woodland Plantation where Kid Ory was born, founded a school in Reserve in 1907 which still exists today, greatly expanded, so the Ory/Reserve link remains.  The Woodland Plantation is now a museum dedicated to Kid Ory and also the 1811 Rebellion which started there , which was the only, but unsuccessful slave uprising in the USA.

I will update with a photo of Richard Simmons (piano) at a later date. 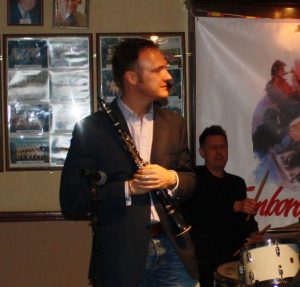 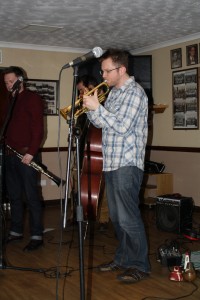 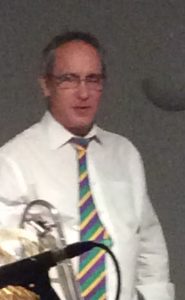 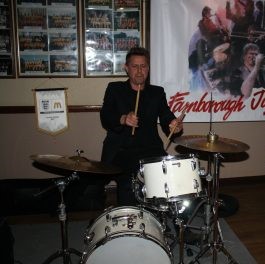 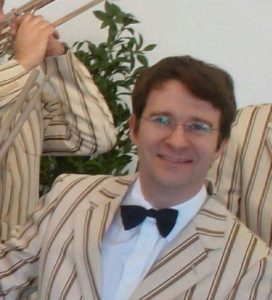 WE ARE STILL GOING AHEAD – REGARDLESS

(HE IS TRAVELLING FROM BRIGHTON)