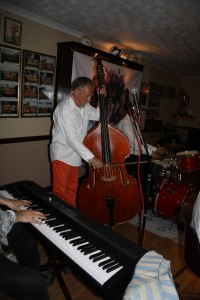 The NEW ORLEANS Z’HULUS are over on their 2018 UK Tour and playing their finale with us Friday, 14th September 2018.  So come and join us here at  FARNBOROUGH JAZZ CLUB (Kent) and. and make it the best evening for them to go home on.  We are a fun club, with lots enjoying ‘a light fantastic’ and and many enjoying just listening.  I’ll fill you in again that this international band was put together by band leader, BRIAN TURNOCK.  Brian lives between U.K. and Belgium and plays double bass.  He has recorded with many ‘greats’ such as George Lewis and Lil Armstrong.  Brian chose to  put together the great talents of the two BELGIANS ,trumpeter DAN VERCRUYSSE and trombonist PHILIPPE DeSMET, plus FRENCHMAN, clarinettist ‘BOSS’ QUEROD and certainly not least, English musicians, banjoist PAUL SEALEY (10yrs with  The Chris Barber’s Band) and definitely not least, drummer EMILE MARTYN.  Emile lives between England, BELGIUM and the U.S.A. (frequently visiting his Dad, famous band leader Barry Martyn – now living in New Orleans). 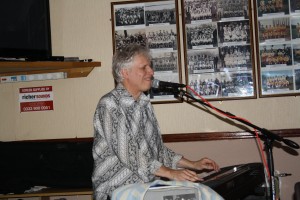 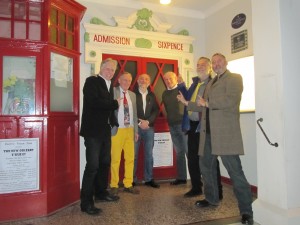 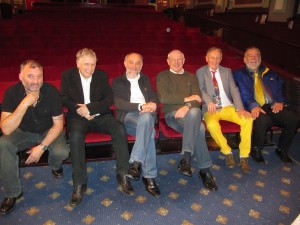